This is the story of Bored Ape #9696 known by his friends as "Party Pete".

Pete is a simple yet fun-loving ape, known as the life and soul of the party in a largely boring existence. He is an extremely social animal and loves to tell stories and entertain his fellow bored apes.

One story that Pete particularly enjoys telling is the tale of Paradise Island, a mystical place only reached by drinking the notorious ‘trippy brew’. The brew is allegedly created by mixing the juices of 100 trippy frogs and supposedly hasn’t been seen on these shores since the last blue moon. 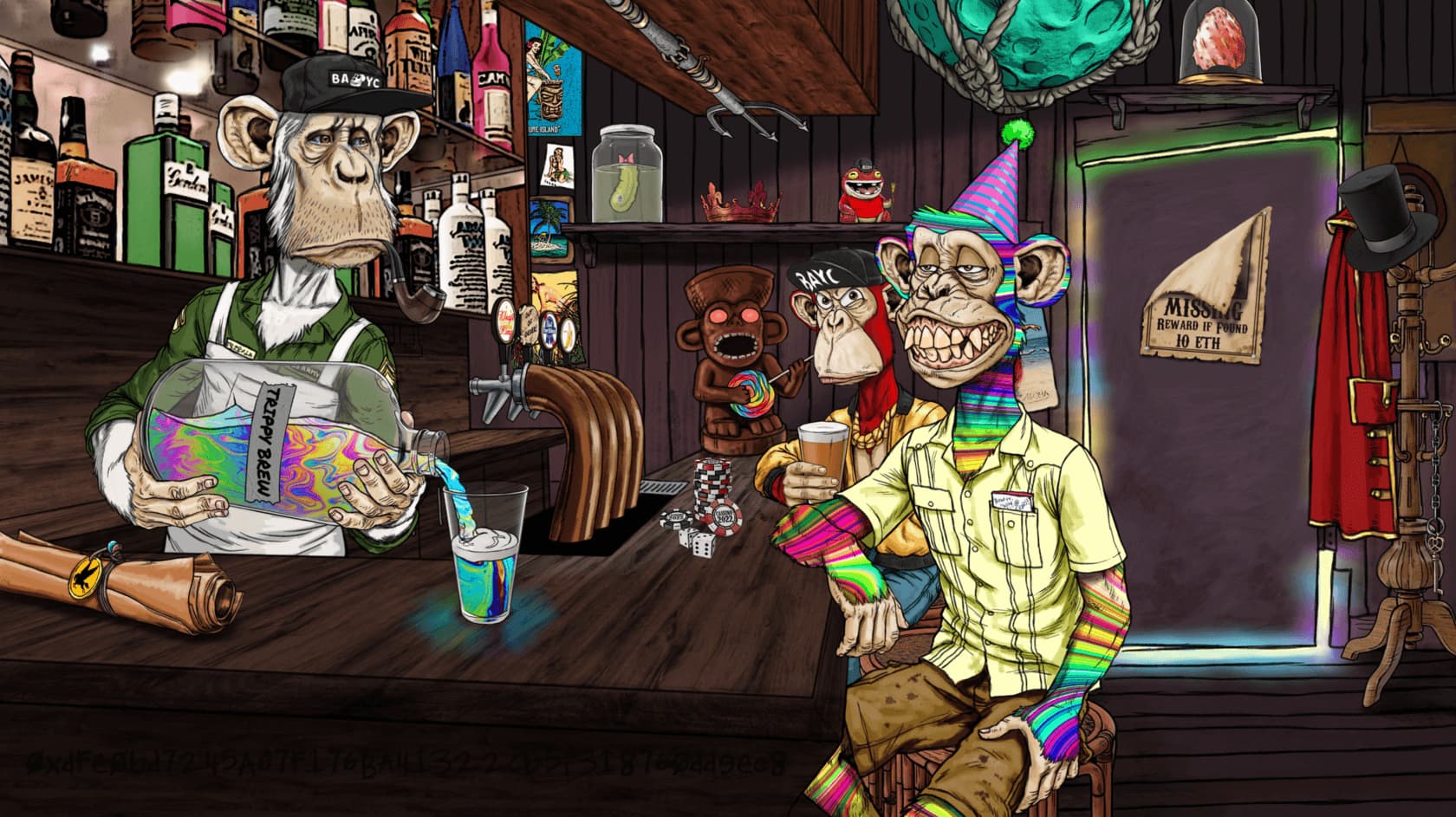 As the night wears on and with the beer in full flow, the barman announces that a batch of trippy brew has finally arrived. Party Pete is positively desperate to give it a go. 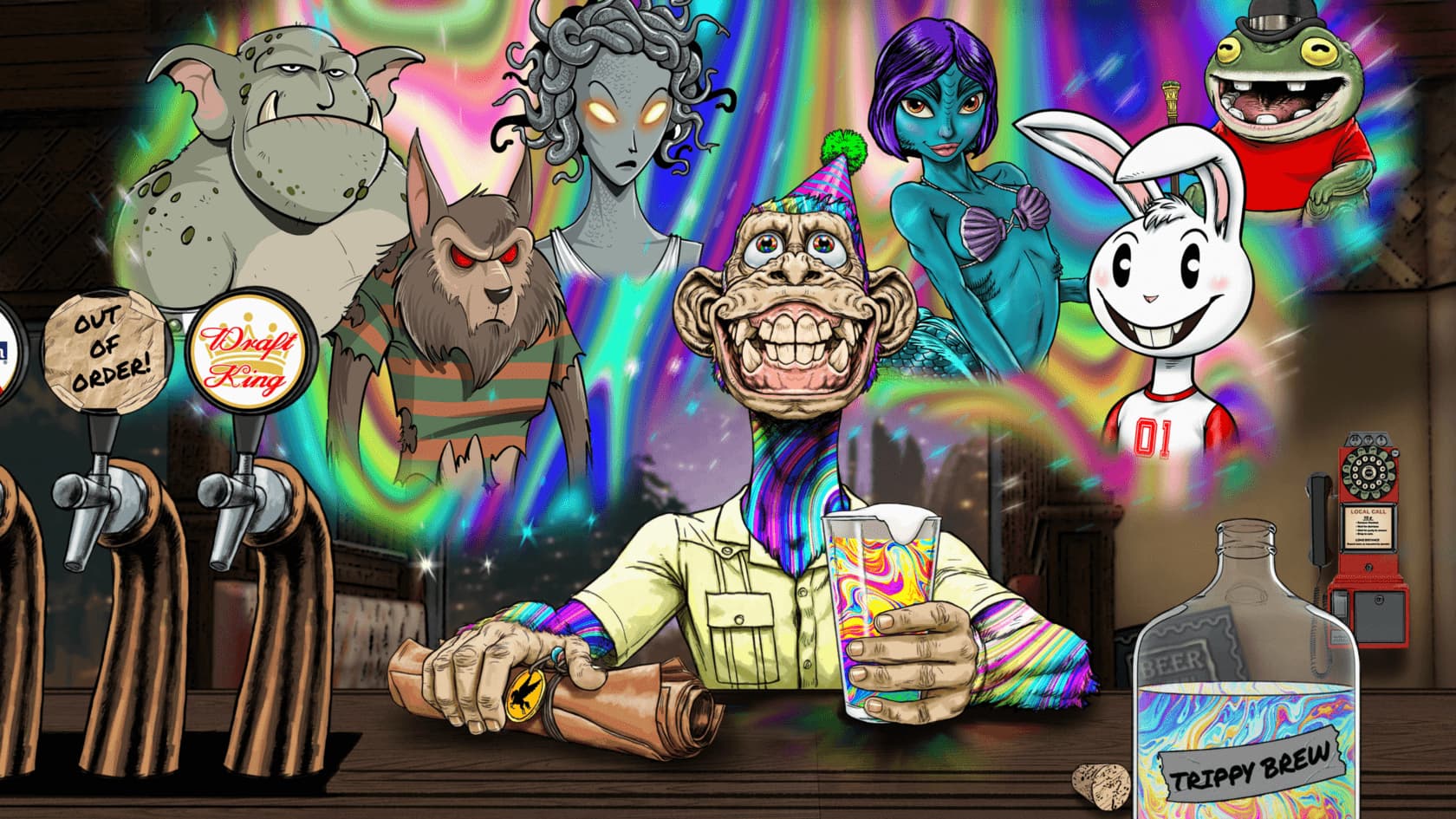 He begs the barman to give him a jar. Reluctantly and with a look of concern, the barman obliges, and Pete necks the brew confidently as his fellow apes watch in bewilderment.